Walpurgis Night (Valborg or Valborgsmässoafton in Swedish, Vappu in Finnish, Walpurgisnacht in German) is a festivity celebrated on April 30 in Sweden, Finland and Germany.

Once upon a time, there was a little girl called Valborg, born in the Anglo-Saxon kingdom of Wessex, in 710 A.D. She was the daughter of St.Richard the Pilgrim, a West Saxon chieftain who led his family on a pilgrimage to the Holy Land but died during the journey in Lucca, and Winna, sister of St. Boniface, Apostle of Germany.

When the little girl grew up,  she began her education at Wimborne Monastery in Dorset, in Wessex, and then she moved to Germany where she became a Christian missionary and founded a double monastery in Heidenheim.

Valborg wanted to evangelise Germany, and thanks to her mission, a lot of Germanic people converted to Christianity from paganism. Valborg died on February 25, 779 and that day still carries her name in the Catholic calendar, but she was canonized as a Saint only on May 1, this is the reason why the Swedish calendar brings her name on this date.

About the Pagan Myth

According to the pagan myth, long long time before Christianity, the 9 nights from April 22 to April 30, Óðinn sacrified himself, hanging from the branch of the cosmic World Tree Yggdrasil, with a rope around his neck. Pagans believed that you could only learn the magic spells from the runes if you were dead, and Óðinn  decided to bargain this knowledge with his life. On the ninth night, on April 30  – Valborg’s night – he took up the runes, used them and died for an instant.

I know that I hung on a windy tree
nine long nights,
wounded with a spear, dedicated to Odin,
myself to myself,
on that tree of which no man knows from where its roots run.

No bread did they give me nor a drink from a horn,
downwards I peered;
I took up the runes,
screaming I took them,
then I fell back from there.

In that moment, the lights in the World extinguished, the darkness covered the earth like a thick black blanket, and the chaos reigned. At midnight, the light came back with a dazzling splendour, big fires were lit everywhere, to chase evil spirits and witches away.

Viking celebrated fertility on the same date, since Valborg was sanctified in that period.

The celebration of Valborg, then, has his roots in a syncretic context, where the pagan tradition meet Christianity.

Nowadays, the event marks the beginning of Spring.

In Sweden, it occurs the same day of the Swedish King’s birthday, Carl XVI Gustaf, and a lot of Swedish flags are raised in the cities. 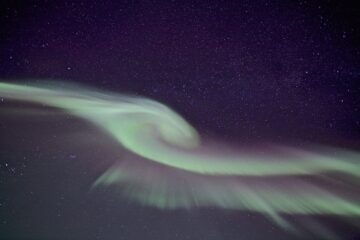 Like a dancer in the dark, Queen Aurora flaunts her enchanted tulle dress at the Starry Night court. Since the dawn of time, man has always been fascinated by the phenomenon of the Aurora Borealis, Read more… 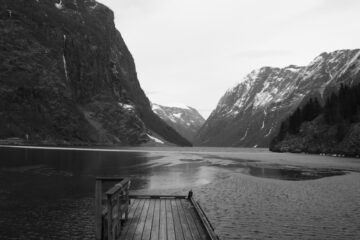 Yggdrasil is the name of the tree of the universe myth. It is about an evergreen ash that rises from the middle of the Olympus of Nordic mythology, home to the Asi Gods (Æsir).The name Read more…